An adventure in the wilderness near Table Rock Lake, MO 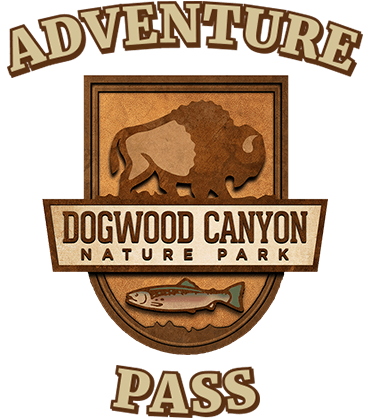 My husband, Dan, and I had been working hard the last few months on our startup company. With the craziness of getting a business off the ground, we hadn’t made time for anything active or outdoorsy lately. I was feeling the need for some fresh air and rejuvenation, and I knew Dan was, too. So, I surprised him with an Adventure Pass, to one of our favorite spots—Dogwood Canyon, a 10,000-acre wild paradise near Table Rock Lake, Missouri.

As we packed up the car, I saw Dan loading his laptop bag. “No computers!” I said. “This is a getaway weekend—key word being getaway.”

Dan looked at me. Then at his laptop. “You’re right. We need an actual break.” He smiled and took the computer back inside. “But I’m keeping my camera!” he yelled over his shoulder.

We finished loading the bikes and fishing gear and then hit the road. As we got closer to Dogwood Canyon, we rolled down the windows and let the breeze in. I could already feel the stress and worry melting away. I was looking forward to soaking up the gorgeous surrounding wilderness and spending time with Dan. 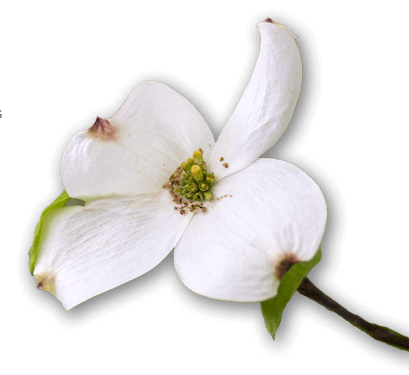 A bike ride was first up on the agenda. The bike path at Dogwood Canyon is easy and paved the whole way, so it was just the ticket for enjoying a relaxed, sunny afternoon. Along the way were gorgeous little waterfalls, and about two miles in, Dan pulled over to the side of the trail to take some photos. I parked my bike next to his and took in the surrounding nature. I closed my eyes and listened to the water as it splashed down the rocks and into the creek below. I heard the telltale click of Dan’s camera, and I could feel the lens pointed at me without even opening my eyes.

Left: Bike along the path at Dogwood Canyon
Above: Take in the surrounding nature

“Don’t move. The light is perfect.”

Normally, I hate having my picture taken. But when Dan gets creative and inspired, there’s no stopping him. He showed me the pictures once he was done snapping away.

“She likes it!” Dan teased. “We’ll frame it and place it on the mantle when we get home.”

Another couple stopped nearby, walked over and began chatting with us. They said we reminded them of a younger version of themselves and asked if we had taken the tram tour around the canyon.

“No,” Dan said. “We were just planning on riding the trail today.”

“You have to take the tram,” the husband insisted. “It’s where you really get to see the beauty of this place.”

Glimpse nature at its best with the tram tour 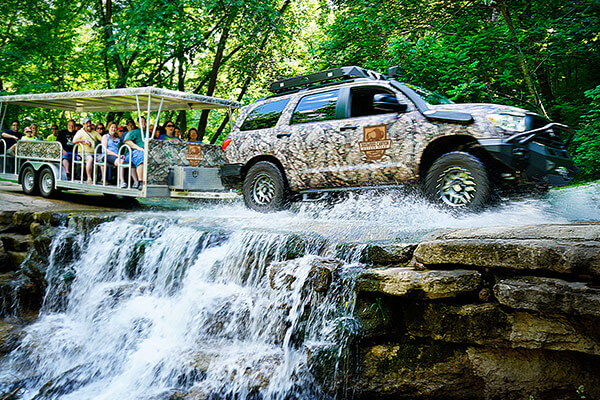 After we finished biking the trail, we heeded the couple’s advice and headed over to the tram tour, which was included in our Adventure Pass. The 2-hour tour took us all around the canyon where we got a glimpse into nature and wildlife that we wouldn’t have seen otherwise—absolutely worth it.

There were only a handful of other people with us—a young family with two kids and a couple about my parents’ age—so the (very well-informed) guide was able to give us a VIP experience. The tour took us past massive bluffs and stunning waterfalls. We learned about Native American caves and visited the wilderness chapel.

“If we ever renew our vows, this is where we’re gonna do it,” I told Dan. It was absolutely breathtaking.

Then we headed onto the other side of the canyon where we encountered deer, longhorn cattle, elk, and a herd of massive bison.

We made a stop at a pool with striking blue-green water that was filled with trout. The guide allowed us to stop and feed the fish. Then we headed onto the other side of the canyon where we encountered deer, longhorn cattle, elk, and a herd of massive bison. I was in awe of these majestic creatures, and Dan got some great nature shots with his camera.

After the tram ride, we headed to the Mill and Canyon Grill for dinner. I chose from their pick two soup and sandwich menu, but Dan indulged in the Dogwood signature dish of pan friend Rockbridge Trout. I may have helped him finish off the last couple of bites—it was absolutely delicious.

We ended our evening with a nightcap at our hotel, Chalets on Table Rock Lake. After checking in, we settled in with a relaxing glass of wine on the water. As the sun began to set and a warm breeze came off the lake, I knew we had done the right thing by getting away that weekend. All the stress of the last few months had faded as we just enjoyed being outdoors with nothing else to worry about.

Early the next day, both Dan and I were excited to visit Little Indian Creek and do some catch-and-release fishing. The rainbow trout that were swimming in the creek were some of the biggest I had ever seen. We could see entire schools of them all over the place. 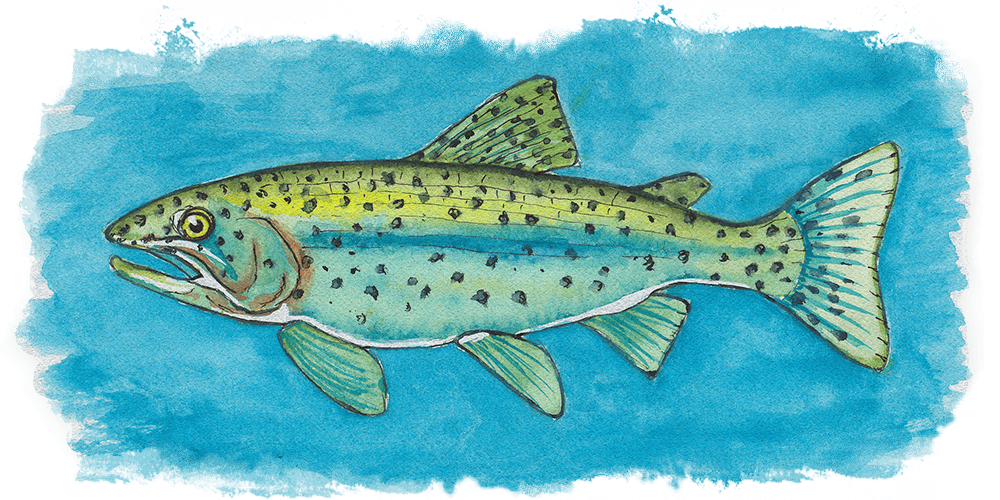 “It’s like catching fish in a barrel!” Dan said as he flicked his fly rod back and forth after catching three fish already.

I laid down my rod and took a seat on our picnic blanket, taking in the forest surrounding us. Dan’s the real fisherman anyways. I scrolled back through the photos we had taken and smiled. This day was exactly what we both needed. Reconnecting with our love of nature and with each other. I lifted the camera to my eye for one more shot. Dan turned around and smiled at me just as I clicked the button. I looked down to check the image.